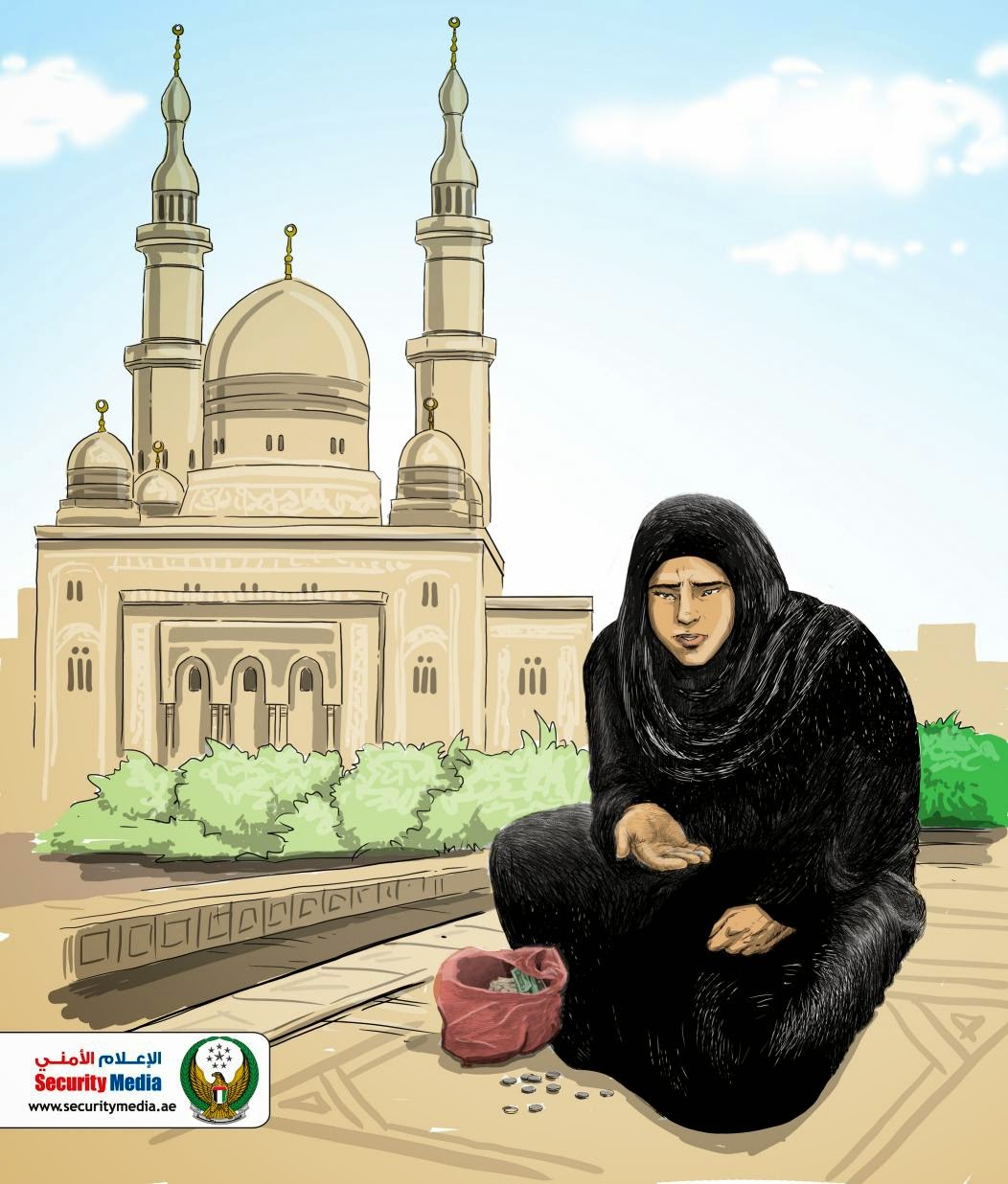 Shows Regret after being Arrested

An Asian woman was arrested by Abu Dhabi Police officers while she was asking for handouts in front of a mosque. The woman, who entered the UAE on tourist visa, was sitting on the ground preying on people’s emotions and humanitarian spirit, seeking alms through mendicancy to provide for her daughter’s wedding expenses in her home country.

“There is no place for beggars in our society,” said Colonel Dr. Rashid Mohammad Borshid, Acting Director of the Capital Police Directorate. He said that special teams had been set up to carry out extensive inspection campaigns to arrest beggars as part of a police crackdown to prevent beggars from seeking immoral alms and "profiteering from mendacity", in collaboration with community members.

Elaborating on the details of the case, Colonel Dr. Borshid added that the woman expressed regret for her actions, which led to her arrest. He said: “The woman confessed to feeling ashamed but was ignorant of the fact that begging is prohibited in the UAE. She indicated that she has heard of the Emiratis’ goodness of heart and willingness to help others, which encouraged her to apply for a tourist visa and enter the country to collect some money. She also told investigators that a fellow countrywoman encouraged her and told her how she made a substantial amount of money last year through begging. ”

The 50-year old Asian woman, identified as G.B.M, a mother of four daughters, claims to be in need of money to pay for her daughter’s wedding expenses. She had entered the UAE two weeks ago and has already rounded up wads of cash by capitalizing on citizens and residents’ sympathy, until she was arrested by competent police officers who show no leniency in countering the scourge of begging and arresting beggars.

Colonel Borshid added: “The woman expressed heartfelt regret for exploiting people’s sympathy and humanitarian spirit to make easy money; stressing that such ill-behavior is an objectionable and immoral action. She called on those who seek to profit from mendacity to refrain from such behavior, calling on them to live poor and with dignity, rather than make money through begging.”

Within the framework of the “Together against Begging” campaign, Colonel Dr. Rashid Mohammad Borshid called upon citizens and residents to cooperate fully with the police to counter the scourge of begging. He encouraged them to report beggars by calling the Operations Room on (999) or any police station round the clock during Ramadan and through the Eid holidays. He also urged them not to sympathize with beggars no matter what means they use to capitalize on their sympathy.

Colonel Borshid also noted that community members’ collaboration to curb this ill-behavior support the ongoing efforts of the Abu Dhabi Police to eradicate this scourge.  He also explained that community members are wary of beggars, thanks to police awareness and warnings. “Countering this negative behavior is an essential part of the efforts exerted by the police institution in order to fight begging and other negative behaviors,” he added.

In conclusion, Colonel Dr. Rashid Mohammad Borshid pointed out that being aware of the dangers of begging has encouraged people to fight this scourge by reporting beggars to the Operations Room, knowing that this category resorts to distrustful all means to seek alms during the Holy Month of Ramadan.