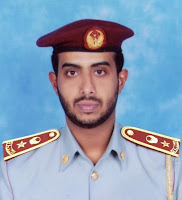 The Community Police Department at Abu Dhabi Police took part in a workshop organized recently by the United Nations Office, in collaboration with the Jordanian Police. The workshop was held in Oman, Jordan, under the theme “Effective Police Services Provided at the Al Zaatari Refugee Camp in Jordan”.   Attending the workshop, were representatives of United Nations Offices in Jordan, Egypt and Lebanon; as well as officers and members of the Jordanian Police working in the Al Zaatari Refugee Camp in Jordan.   Lt. Colonel Mubarak bin Muhairom, Director of the Community Police at Abu Dhabi Police, noted that this participation comes at the invitation of the United Nations Office to take part in this workshop. It also emphasizes the cooperation with the international community, which dedicates great attention to the experience of the Abu Dhabi Community Police, which achieved a significant success at the regional and international levels. He also pointed out that the UAE is a pioneer in implementing the Community police model, due to its importance in bolstering security and stability among members of society.

Furthermore, the workshop addressed many topics with respect to integrating human rights standards in police services at Al Zaatari Camp. It also shed the light on the Community Policing model in the UAE, in terms of the goals and actions adopted by Abu Dhabi Police GHQ to implement it.

The workshop was attended by Captain Tareq Jumaa Al Junaibi, from the Community Police Department at the Abu Dhabi Police GHQ.