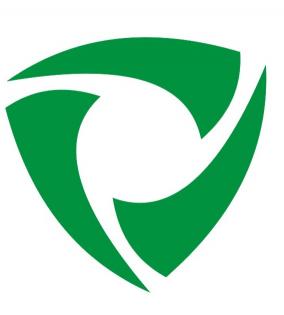 (BUSINESS WIRE)-- General Cable Corporation (NYSE:BGC) today announced that it has entered into agreements with the U.S. Securities and Exchange Commission (“SEC”) and the U.S. Department of Justice (“DOJ”) that bring to a conclusion those agencies’ respective investigations relating to the U.S. Foreign Corrupt Practices Act (“FCPA”) and the SEC’s separate accounting investigation related to the Company’s financial restatements from 2013 and 2014. Pursuant to those agreements, General Cable will pay fines, disgorgement and pre-judgment interest to the SEC and DOJ in the total amount of $82.3 million.

Michael T. McDonnell, President and Chief Executive Officer, said, “We are pleased to have reached an agreement with the DOJ and SEC regarding these matters. General Cable is committed to conducting our business ethically and with the utmost integrity, and over the past two years, we have invested significant time and resources to implement a world-class compliance program. At the same time, we have transformed our business strategy under an entirely refreshed strategic leadership team committed to maintaining a strong performance and compliance culture. We are a different and better company today as a result of these actions.”

As part of the DOJ resolution, General Cable will pay a penalty of approximately $20.5 million. The Company has entered into a non-prosecution agreement with the DOJ, which will be in effect for three years. No criminal charges will be brought against General Cable, provided it complies with its obligations under the agreement. In light of the significant compliance enhancements made by the Company to date, neither the DOJ nor the SEC is requiring an independent compliance monitor. The Company has instead agreed to annual self-reporting for a period of three years.

General Cable voluntarily disclosed potential FCPA concerns to the DOJ and SEC in January 2014. Both the DOJ and SEC recognized and credited General Cable for its extensive and transparent cooperation throughout the investigation, and for significantly enhancing its compliance program under the leadership of a Chief Compliance Officer, an Executive Officer position created in January 2015, who has a reporting relationship with the Company’s Board Directors and leads an experienced team of compliance professionals globally.

General Cable (NYSE:BGC), with headquarters in Highland Heights, Kentucky, is a global leader in the development, design, manufacture, marketing and distribution of aluminum, copper and fiber optic wire and cable products for the energy, communications, industrial, construction and specialty markets. General Cable is one of the largest wire and cable manufacturing companies in the world, operating manufacturing facilities in its core geographical markets, and has sales representation and distribution worldwide. For more information about General Cable, visit our website at www.generalcable.com.